Fidel’s Cuba – See if before it’s too late!

With the warming relationship between Cuba and the United States and the lifting of the U.S. embargo, change will be inevitable for this Caribbean nation. Those who want to experience Fidel Castro’s revolutionary Cuba should head there quickly before the tourists arrive en masse.

The streets of Havana are packed with classic American cars all dating back to the 1960s when Castro’s revolutionaries overthrew the Batista dictatorship. What is amazing is they are still running as the US embargo meant no authentic spare parts were available, so the resilient owners have pieced together parts to keep them going. Even if cars aren’t your thing it is a wonder to see these Chevrolets, Studebakers and vintage Fords roll by.

Cuba was writer Ernest Hemingway’s home away from home and it is possible to visit his former home in San Francisco de Paula, about 16 kilometres from the capital Havana. However more importantly, you can trace his footsteps in the bars of Havana. “My mojito in Bodeguita del Medio and my daiquiri in the Floridita” was Hemingway’s mantra and it is still possible to enjoy those drinks at the same venues in relative peace – Hemingway’s chair at Floridita is roped off. Both are in the World Heritage-listed Old Havana, which should be experienced as an aimless wander. To get an authentic experience of Bodeguita come late at night when the tour groups have long departed, or hang around for more than one mojito and chat with the bar staff. 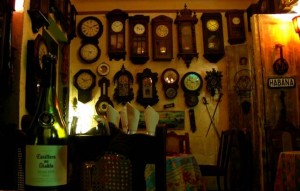 State-run restaurants have improved, but it was common to be presented with a large menu only to be told “no hay” (We don’t have). However even in the early 2000s, private home-based restaurants – paladares – were a great experience and somehow they were able to find ingredients to make fantastic food and even better, a great place to meet local people. Today there is a wide range of paladares. Ask around and find the best in your area before they are wiped out by an influx of US franchises. 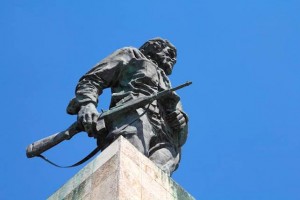 Che Guevara’s mausoleum is worth a visit

You can’t visit Cuba without absorbing its history. Go a step deeper and plan your trip around the island to take in the great revolutionary sites: the sugar mill in central Australia (yes, that’s the name of the town) which Fidel Castro used as his headquarters during the Bay of Pigs invasion by US-backed forces, Che Guevera’s tomb at Santa Clara; and Playa Las Coloradas, near the coastal town of Niquerio where Castro landed with his band of revolutionaries. If you want the full communist hit, visit over May Day and join the millions in the city’s May Day parade. 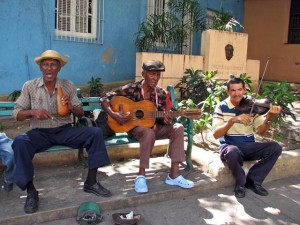 Cuban music is everywhere and flows from windows of apartment blocks as you walk around. Find a town hall and on most nights there will be live music and locals dancing until they drop. Join in and let them laugh at your lack of rhythm. For those who want a more formal experience, the town of Santiago de Cuba – the island’s second-biggest town – is the home of Afro-Cuban culture and the place where its unique brand of music was born. There are two must-visit venues in the town – Casa de la Trova, a legendary venue that has hosted all the greats, and Casa de la Tradiciones, where you can dance the night away. 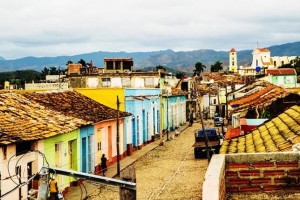 Time out in Trinidad

After the wonderful sites of Old Havana and the beauty of Havana’s seaside strip, the Malecon, faded beauty comes no better than the UNESCO World Heritage site of Trinidad. Built on the back of the sugar and slave trade, its glory days of the early 19th century when its mills shipped the largest haul of sugar cane are long behind it, but the memory of the wealth and opulence lives on in the stately mansions that line the streets. Even better the roads out of town lead straight to the beautiful, unspoilt white sands of a Caribbean beach. Plan to stay a few days, and find yourself lingering longer.