Hotel Jerome, Aspen’s crown jewel since 1889, is surrounded by the magnificence of the Rocky Mountains in the heart of Aspen, Colo. Rebranded Hotel Jerome, an Auberge Resort in 2011, the hotel unveiled an extensive renovation of its 93 guest rooms and public spaces in December 2012.

Hotel Jerome’s history parallels Aspen’s. During the height of Colorado’s silver boom, the Hotel Jerome was born of the vision of Jerome B. Wheeler who built the Jerome in 1889 to emulate the great European hotels of the time. Built in the heart of downtown Aspen, the Hotel Jerome was designed to be a paragon of hospitality for its day.

The hotel pioneered new levels of innovation and luxury when it opened in 1889 at the height of Aspen’s boomtown silver-mining era. For decades, the Jerome had the only bathroom in town that was open to the public. It had the only elevator in town and was one of the first buildings west of the Mississippi to have full electric lighting.

During the 1950’s, the hotel became a popular watering hole for writers, avant-garde artists and screen stars, including Gary Cooper, Lana Turner, Hedy LaMarr and John “Duke” Wayne. With the emergence of the Aspen Institute, it was not unusual to find intellectuals, artists and notable industrialists gathered around the swimming pool listening to lectures by Mortimer Adler. 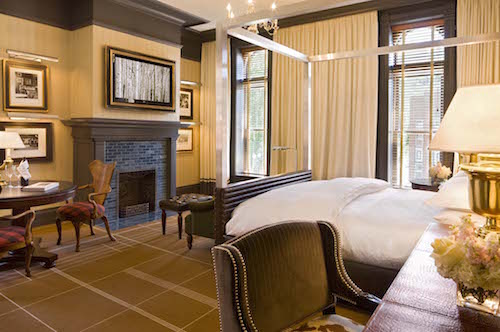 In the ensuing years, the hotel was the site of the founding of the Aspen Institute, the Aspen Music Festival and School, the International Design Conference and the Aspen Ski Company.

Since the chic revamp in 2012, there is a sleek new lobby bar, mod bistro, zen spa and one of Aspen’s favourite A list watering holes, the J-Bar. There are exciting locally sourced culinary offerings by the hotel’s fine dining Prospect Restaurant. Hollywood starlets, guests and locals alike have flocked to Hotel Jerome to satiate their appetites for more than 100 years. 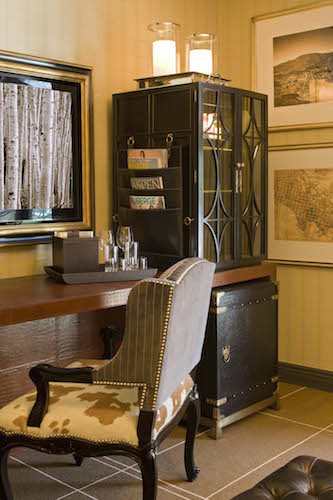 J-Bar: A celebrity and community staple for more than 100 years, the J-Bar is Aspen’s favourite destination for drinks – such as the signature Aspen Crud – and casual fare like lobster Cobb and the burger and beer special. The J-Bar has retained its original Chippendale chinoiserie bar. Rugged leather furniture gives the space its familiar rough-and-tumble character.

Living Room/Lobby Bar: The re-envisioned Living Room is an open and expansive space where guests and locals meet, relax and linger over small tapas style plates and drinks from the Lobby Bar.

Pool: Hotel Jerome’s blue-tiled pool is one of the town’s very first. Situated right off the garden terrace, the pool is located in the hotel courtyard.

Spa: An intimate Auberge Spa is a first for the hotel. Three treatment rooms offer a range of massages and skincare services tailored for those who enthusiastically engage in the wide array of Aspen’s outdoor activities. Located in the hotel building’s lower level, the spa also features a movement studio for yoga.

The 125 year old Hotel Jerome is perfectly positioned in the heart of downtown Aspen, within walking distance of Ajax Mountain. Listed on the National Register of Historic Places, it is a brick structure built in the 1880s, often described as Aspen’s “crown jewel”. The Aspen-Pitkin County Airport is 6.5 km away 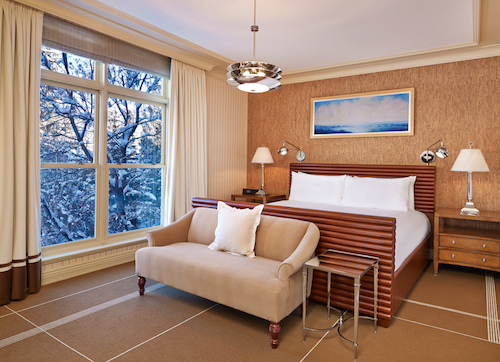 A visit to Espiritu Santo, Vanuatu