Discover the incredibly rich treasures of one of the world’s most ancient civilizations on this rail journey through Iran aboard the luxurious Golden Eagle. Admire the royal Golestan Palace in Tehran, classical Persian gardens, and the thousand-year-old mud-brick citadel of Rayen. Explore the remains of Susa, a flourishing city in 4000 BC, and witness Shushtar’s complete system of dams, aqueducts and canals. Enjoy the spectacular mountain scenery of the Trans-Iranian Railway, including a crossing of the 360-foot arch of the Veresk Bridge, and experiencing 10 UNESCO World Heritage Sites across the deserts, mountains and urban spaces of Iran. Prices for this 14-day tour happening November 24-December 7, 2016 range from $16,495 to $64,935.  For more information, contact MIR Corporation at 800-424-7289 or visit http://www.mircorp.com/trip/heart-persia-private-train/.

Visit a Tehran bazaar, the glittering State Jewels Museum, and the National Museum of Iran, displaying Persian antiquities, art and artifacts from Iran’s long past. Board the private train and discover one of the holiest Shi’ite shrines in Iran, Imam Reza’s Tomb, as well as the Persian poet Ferdowsi’s mausoleum.

Explore the courtyards, caravanserai, and bathhouses of Kerman’s Grand Bazaar, and the ancient mud-brick fortress of Rayen; the UNESCO-listed Prince Garden, with its stairway of terraced pools; and the tomb of 14th century Sufi leader Shah Nematollah Vali. See the Eternal Flame at Yazd’s Zoroastrian Fire Temple. 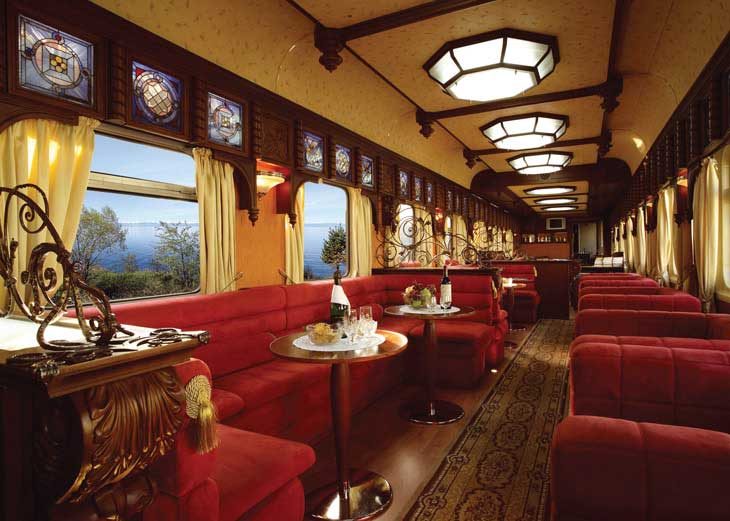 Board an Iranian train for day trips to experience two rarely-visited World Heritage Sites – the Shushtar Hydraulic System, a system of dams and canals begun in the 5th century BC, and Chogha Zanbil, an ancient Elamite sacred complex. Continue to the archaeological site of Susa, one of the world’s oldest settlements. Follow the Trans-Iranian Railway through the Alborz Mountains via 55 tunnels and over the 360-foot arch of the Veresk Bridge. The Veresk Bridge was called Pol-e-Piroozi, the Bridge of Victory, during WWII because of its strategic importance carrying fuel and supplies to the allies from Tehran. The line descends from the mountains over the “Three Golden Lines,” a spectacular railway spiral that passes the same place at three different heights. Return to Tehran and tour UNESCO-listed Golestan Palace complex, including the Marble Throne, created from 65 pieces of yellow Yazd marble.