A lightning visit of a Palace hotel in Vidago in the north of Portugal, then on to the city of Braga for the Sao Jao (St John) festival filled with music, dance and traditional songs, and on to Porto for the biggest popular celebration of the Saint on the night of 23 June. Thousands of people descend on the streets to dance, have fun, watch the spectacular fireworks and taste the traditonnal cabrito and sardines.

The feastivities last well into the next morning and break up at sunrise. After a well deserved rest, I enjoyed a leisurely visit of the city, its parks and beaches, not forgetting the monuments, churches and convents, and of course the famous Casa da Musica and the marvellous Lello’s bookshop. The street art all around is worth a look, too.

Unique and exclusive, the Vidago Palace Hotel is the perfect combination of luxury and the natural beauty of a Centenary Park! Like an enchanted world, the Palace extends an invitation to enjoy unforgettable experiences, in a setting of sophistication and splendour imbued with the charm and romanticism of the Belle Époque. A place of unique attractions, the Vidago Palace Hotel reopened in 2010 with a mission to offer guests an authentic journey back in time. Its magical setting and architectural heritage have made it a living legend! A modern spa, golf course and top-flight restaurant complete an offering of excellence, making the hotel an undeniable point of reference. Discover this ‘world apart’, where you will find the poetry and magic of a truly special experience.

An evening, a night and a morning at Braga’Hotel Terceros at the heart of the historical centre.

Braga, often called “Portugal’s Rome”, was named Bracara Augusta during the Roman Empire. Today its historical center overflows with Roman relics. It is also the most religious and conservative city in Portugal. 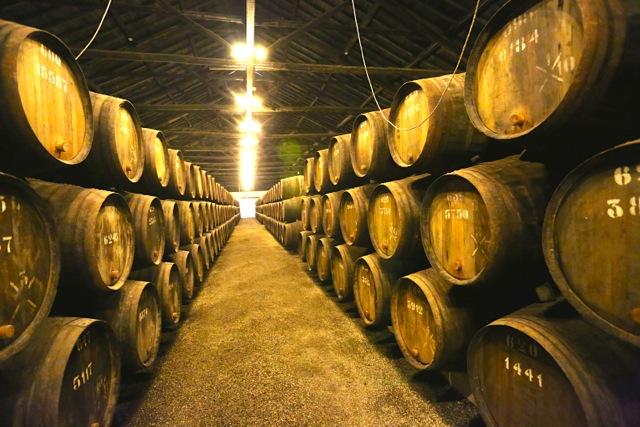 On the evening of the Sao Jao (St John) the entire population, the young and the old, take joyous walks in the streets centering on Avenue of Liberty. Some carry large garlic flowers that are thrown in your face, other scarry pots of basil. But mainly most people walk about with small plastic hammers !

In Porto, my contact is  Abel Santos ( tel + 351 91 724 4992 ). He rents out great loft type apartments, fully equipped, overlooking Praca Carlos Alberto at the center of historical center for 90 US $ per night.  I have 72 hours to give you a quick view of the vibrant and young city.

Street theatre, a happening that can last 10 minutes, or 2 to 3 hours.

The ex-libris of the city, the exquisite Book Shop ‘LELLO’ – considered UNESCO World Patrimony and one of the third most beautiful bookshops in the World.

Casa da Música was conceived to mark 2001, the year in which Porto was Cultural Capital of Europe, and it is the first new building in Portugal to be entirely dedicated to music – to the presentation and public enjoyment of music, to music education and to the creation of music. The project took shape in 1999 after the Rem Koolhaas & Ellen van Loon – Office for Metropolitan Architecture won the international architectural competition. Work began in 1999 on the site of Porto’s former central tram garage on the Rotunda da Boavista, and Casa da Música opened its doors to the public on April 15th, 2005.

Taylor’s Port wine cellars in the heart of the historic area of Vila Nova de Gaia, across the river from the old city centre of Oporto, house most of the company’s extensive reserves of wood aged Port as well its Vintage Port cellars. The cellars are long cool, dark warehouses, their thick granite walls and high ceilings helping to keep out the heat and maintain an even temperature throughout the year.

This ensures that the wines age slowly, gradually acquiring the sublime complex flavours and aromas of maturity.

Wines in the cellars age either in cask or in vat. Casks are seasoned oak barrels usually holding around 630 litres of wine.  They are used mainly to age Tawny Ports, in particular the smooth and mellow 10, 20, 30 and 40 Year Old Tawnies of which Taylor is the leading producer. Cask ageing encourages contact between the wine and the wood and intensifies the ageing process. The rich and complex aromas of maturity, such as notes of butterscotch, walnut and fine oak wood, therefore develop more quickly in a cask.

Oak vats normally hold at least 20,000 litres of wine. In these impressive vessels, there is less contact between the Port and the wood.   This method of ageing is therefore used mainly for the fruitier styles of Port where the wood ageing is intended to give the wine smoothness and a degree of complexity but allow it to retain its youthful structure and freshness. Wines such as Taylor’s First Estate Reserve or LBV are both aged in vat.

The thousands of wooden vessels lying in the Taylor Port cellars are maintained by a team of specialist coopers whose job it is to look after and repair the casks and vats and make new ones if necessary.

While Port matures in wood, a small proportion is lost each year to evaporation. The part which evaporates – commonly known as the ‘angel’s share’ – is composed of moisture and spirit.  As a result, the aromatic components which remain in the wine gradually become more concentrated as it ages. This accounts in part for the very rich and concentrated flavours which can be found in the older Tawny Ports.  The evaporation of the spirit causes the development of the black ’Angel’s share fungus’, Baudoinia compniacensis, on the roof tiles of the lodges, making it easy to see from the air where the wine is stored.

Below the cellars, are the tunnels which house the Vintage Port cellars. Here the Vintage Ports age in bottle, lying horizontally to keep the corks moist.  When the time comes to ship them, the bottles are removed from the cellar to be labelled and placed in wooden cases.

Taylor’s Port cellars in Vila Nova can be visited throughout the year.  The visit can be made even more enjoyable by a lunch in the Barão Fladgate restaurant next to the lodges or a stay at The Yeatman, the luxurious 5 star hotel located a few steps away just across the road.

In former times, nearly all the Port was brought down the river from the Douro Valley to the lodges in Vila Nova de Gaia in the spring following the harvest.  This was to avoid exposing the wine to the dry summer heat of the Douro which would cause the wine to age too quickly and develop the roasted flavours known as ‘Douro bake’.  Nowadays, with modern building insulation and air moisturising techniques, it is possible to replicate the cool, damp conditions of Vila Nova de Gaia in the Douro.  This has been successfully achieved in the modern ageing lodges at Quinta da Nogueira where some Taylor Ports are now aged.  These insulated warehouses are located on the windy uplands close to the town of São João da Pesqueira and the environment is kept cool and moist by spraying tiny particles of water into the air through jets fitted to the interior walls of the buildings. 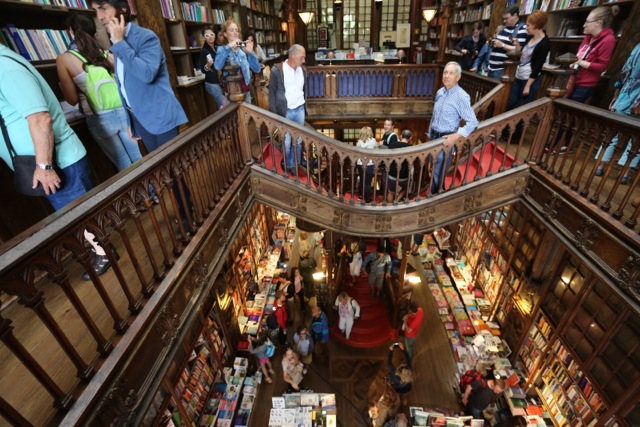 It is the longest and happiest night of the year in which the streets welcome hundreds of people celebrating the saint who favours lovers. During the popular festivities, there are cultural and entertaining events, “rusgas” (a popular and spontaneous group gathering with some singing and dancing involved, on the street), and the famous Barcos Rabelos Race – exhibiting the typical boats formerly used to navigate on the Douro River to transport Port Wine – along 1.5 km, from the Douro mouth to the D. Luís I Bridge, at Ribeira.

On the city centre street sellers shout out loud to sell their traditional manjericos (plant)s, carnations, alho-porro (S. João leek), as well as modern plastic hammers, which you must have to be able to gently hit your fellow neighbours on this São João night.

The streets are brightly decorated and filled with appetiser sellers, street dancing and play, leading the people to the celebration of S. João surrounded by fun, familiarity, friendship and joy.

Competition is also part of the celebration, with the traditional S. João Run, as well as the competitions of the “cascatas” (a “cascata” is similar to a nativity scene, a kind of installation made of ceramic characters representing old and traditional scenes of the past), Saint John’s themed shop windows and popular poetry.

It’s now midnight and from the terrace of the restaurant Baron Fladgate we are enjoying the fireworks. The night is just beginning. I came down to the river 45 minutes after midnight, it took me until 5h30 in the morning to get to city hall. On the way we had to cross the Dom Luis 1 bridge so packed that it swerved ominously

I will have to come back… for more photos and musical videos..

A beautiful afternoon on Epi, Vanuatu