-The Best 10 Things to do in Los Angeles-

1. Hike to the Griffith Observatory for the best views of the whole city from the Hollywood sign, Beverly Hills, Downtown and all the way to the Pacific Ocean
2. Check in to the Hollywood Roosevelt Hotel for a taste of Golden Hollywood and stay in Marilyn Monroe’s original suite
3. Walk Hollywood Boulevard and find your favourite ‘stars’ – perfect for your Facebook pix
4. Get up close and personal with the NASA Space Shuttle Endeavour at the California Science Center
5. Surfs up – hit iconic beaches such as Malibu, Santa Monica or Venice
6. Go behind the scenes of your favourite TV shows and movies from today and yesteryear by visiting The Paley Center in Beverly Hills
7. Shop till your drop on word famous streets such as Melrose, Robinson or Rodeo Drive
8.For a night out on the town head to West Hollywood with famous bars & clubs such as Whisky A Go Go, House of Blues & The Abbey
9. Catch a ball game at Dodger Stadium for a true taste of Americana…Dodger Dogs included
10. From the latest celebrity diet crazes, to cupcake vending machines and some of the best Mexican food on the planet…eating out is a must in LA.

1. Los Angeles is home to over 3,000 museums, galleries and theatres, more than any other city in the US
2. LA averages more than 290 + days of sunshine and has a 75 mile coastline…meaning LA has the endless summer
3. Los Angeles full name is “El Pueblo de la Reyna de Los Angeles” (“The Town of the Queen of the Angels”)
4. Los Angeles has a long history with the Spanish first setting foot in LA in 1542 and later on becoming part of the Spanish Empire and part of Mexico before the United States of America. For a taste of old LA head to Olvera Street in Downtown 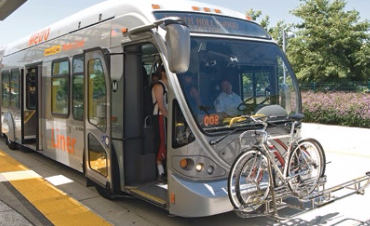 5. Every 1 in 6 people in LA works in the entertainment industry so you’re only ever a few connections away from a celebrity
6. LA has an underground metro system that is safe, clean, reliable and super cheap at only a $1.50 a ride! The LAT metro is also expanding and by 2015 commuters and tourist alike will be able to travel from Santa Monica to Hollywood & Downtown on the new Expo line
7. LA is one of the few cities in the world where you can surf in the morning and hit the ski slopes in the afternoon
8.The largest urban park in America is LA’s Griffith Park stretching from the Hollywood Hills to Los Feliz…home to great walking trails, city views, the odd coyote and power walking celebrity 9. The largest County Fair in North America is held every August and attracts over 1 million visitors
10. Auckland & Los Angeles have been sister cities since 1971.