Europe on the river bank

Perhaps the best thing about being a keen traveler is the fact that there’s so much world out there. Unless you have unlimited funds and spare time, you’d be hard pushed to see it all. Perhaps this is why we all have our favourite destinations, although how specific this favouritism is depends on the person. Some people can narrow it down to a country or even a city. For some, it’s a continent.

Every continent, and every country, has its traditions, locations and character that makes it special. You could spend several holidays in Africa and still have more to see. The Americas, taken as a whole or individually, have diverse parts to see too. Asia, although a single continent by name, has many different meanings to many people. And Oceania – though smaller than others – has got unending joys for the voyager.

But for so many people, the continent that offers the most opportunity to a traveler is Europe. Here you will find such a diverse range of destinations that you could visit a country at a time, twice a year for a quarter of a century. And at the end of that list, you’d still have missed off some cities that you’d feel robbed if you didn’t go back. So visiting a few in one go on a europe river cruise is a good way to go.

The Rhine: Germany And So Much More 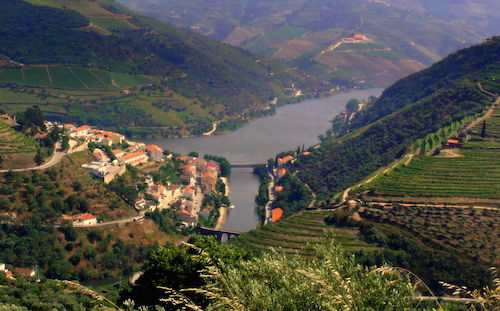 The Douro: Iberia In All Its Glory

At the Western tip of Europe, the peninsula of Iberia takes in Portugal and Spain. Popular in their own way for sun-soaked beach holidays, a river cruise lets you see more of the real Spain and Portugal. A cruise along the Douro will take in trips to Porto, the pilgrimage site of Fatima and Lisbon. Once in Spain, you can see all the glamor of Madrid and more besides. It’s a quieter, more serene way to see these wonderful locations.

The Danube: Scenery That Can’t Be Matched

Perhaps the most beguiling thing about a tour on the Danube is that the river runs through so many different countries. In all, there are ten countries on the river, although a cruise might not get all of them in. Even if it doesn’t, the chocolate-box scenery of Austria is a highlight.

There is more besides, such as the classic, austere beauty of Belgrade and the literary thrills of Transylvania. If you’ve got the time to spare, you can see much of the heart of Europe on one trip. But don’t imagine that will stop you coming back for more.

So much of Europe can be seen from its rivers. While there are other ways to get around, once you’ve started seeing it this way, it’s a hard habit to kick.

How to have the best holiday