The true scale of tiger selfie tourism in Thailand

In the tragic wake of the scandal and closure of Thailand’s Tiger Temple, World Animal Protection exposes the true scale of abuse of captive tigers at the hands of Thailand’s tiger tourism industry, ahead of International Tiger Day (Friday, 29 July).

More than 410,000 people have so far signed the World Animal Protection petition calling on TripAdvisor to stop promoting and profiting from cruel wildlife tourist entertainment:

The global charity uncovers a fast expanding tiger tourism industry with a third more captive tigers (33%) in Thailand in the last five years. At time of our investigations in 2015 and beginning of 2016 there were 830 tigers in captivity at entertainment venues, compared to the 623 in Thailand when we first researched this issue in 2010.

Tiger entertainment venues are increasingly popular attractions where tourists can get up close and personal for a ‘once in a life-time’ encounter with a wild tiger in captivity.

Besides a worrying trend in the growing numbers of tigers, the report also evidences the intensity of the cruelty involved in tigers being submissive enough to entertain tourists.

The main welfare concerns witnessed by the investigators at these tourist venues were:

Of all of the seventeen major tiger entertainment venues we investigated in Thailand, it was Sriracha Tiger Zoo in Pattaya that has the highest number of tigers in captivity, this venue is also the one where we observed the poorest conditions -at least one tiger was so thin the hips and ribs were visible.

Julie Middelkoop, Head of the Wildlife – Not Entertainers campaign at World Animal Protection says: “It is very worrying that at the time of our research 207 more tigers were abused for tourist entertainment than there were 5 years ago. 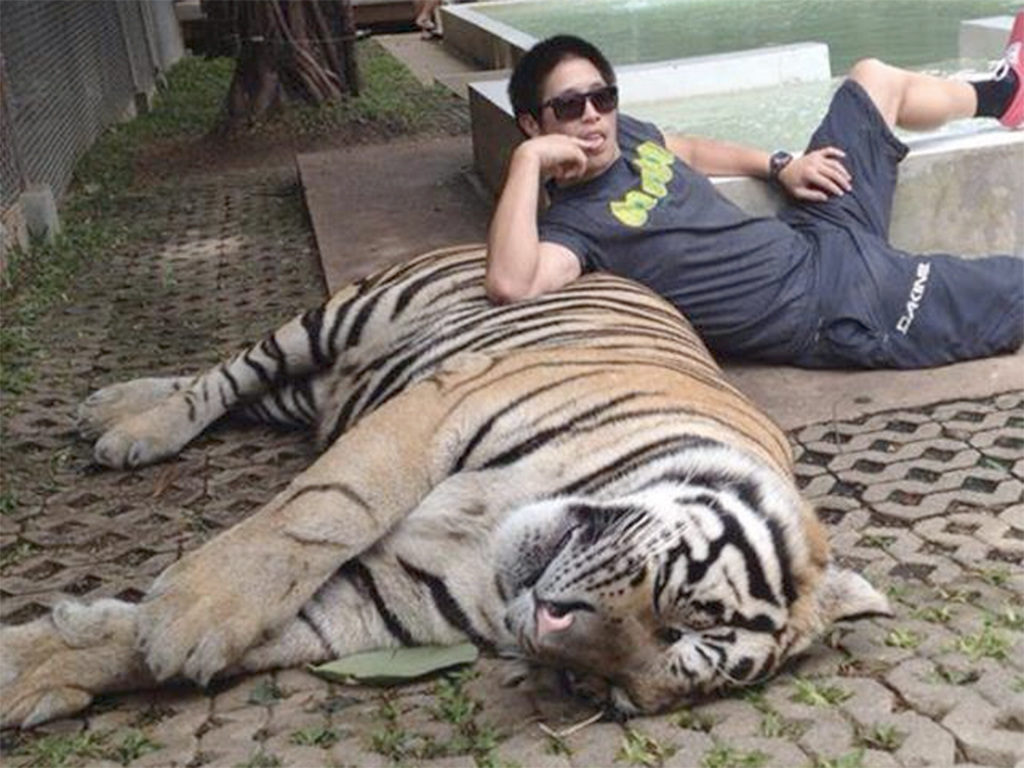 “We’re asking tourists to think about the welfare of the tigers, and we’re calling on the travel industry to stop promoting and profiting from tiger cruelty. If you can get up close, hug or have a selfie with a tiger it’s cruel and don’t go.”

World Animal Protection is calling for:

Middelkoop continues: “TripAdvisor, the largest travel site in the world, continues to promote and sell tickets to cruel tiger tourist venues. They could be a real part of the solution and help to end the suffering of tigers.”

Given that there are only approximately 3,890 tigers left in the wild, isn’t it time we all stood up and said NO??!?!