Year Round Fun in Oman

Year Round Fun in Oman

As the year comes to an end, it is time to start planning the New Year ahead – including any holiday opportunities overseas. With the tempting Early Bird Airfare specials looming ahead by Qatar Airways, Etihad and Emirates, the Sultanate of Oman has never been more affordable to visit.

With its year round sun and fun activity calendar, there is always something interesting happening perfect for a couple’s anniversary celebration, a school holidays treat or for your own little adventure.

The biggest event in Muscat (if not Oman) is the annual Muscat Festival, held for a month from mid January to mid February in several outdoor venues around the city. The festival showcases Omani and neighbouring Arabic culture with poetry recital, traditional dancing and craft displays as well as Oman’s sportsmanship via the international cycling event, the Tour of Oman and also the Royal Equestrian race events in Seeb and Nassem Park. The Muscat Festival also attracts dance and acrobatic acts from other countries and includes evening fireworks displays and market stalls, mainly from the subcontinent and Far East. Since its inception in 1998 the event has increasingly grown to now include and incorporate the Festival of Arts, Oman Food Festival, Light Festival and lastly the glamorous, Muscat Fashion Week. 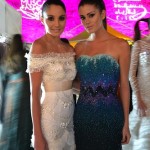 Muscat Fashion Week was launched in 2011; three years later Muscat Fashion Week 2014 is a much-anticipated three day event that takes pride of place on the global style circuit. 12 exclusive regional designers are selected each year, with four catwalk shows per evening. Omani designers share the spotlight with their Arabic couture counterparts with the best of the regions talent all converging on Muscat; last year designers came from as far afield as Tunisia, the UAE, Morocco, Jordan, Qatar and Saudi Arabia.

Outside the Muscat Festival, Oman offers a repertoire of cultural and high-adventure activities. From December through to March, the Sultan arranges for a Theatre Festival showcasing international and local performances in the striking Royal Opera House Muscat. View video 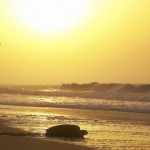 Sunrise with a Turtle

From May to September a popular activity is to go Turtle Watching as thousands of turtles return to the shores of Oman to lay their eggs. While from June to September many people choose to visit the southern city of Salalah during the Khareef Festival (monsoon) to escape from the heat and appreciate the blanket of greenery that carpets its valleys, replicating scenery out of Ireland rather than the Middle East.

Motor rally enthusiasts can appreciate the Wahiba Sands Challenge in October; or why not enjoy the Pro AM Golf Tour at Muscat Hills Golf Club, at the end of October.

For those who really wish to push boundaries, two international desert marathons take place in Oman in November, ranging from 42km to 195km in 6 stages: Desert Marathon and the Oman Raid, registration is open to all parties interested.

Year round activities include Camel Races in Seeb and the prestigious Oman Sail sailing series. 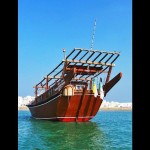 Oman Sail was established in 2008 and offers adults and children the opportunity to actively compete in international races or the more leisurely option of hiring a catamaran to sail around the Damaniyat Archipelago, exploring the many corals reefs and islands of Oman – perfect for snorkelling and diving.

Oman is easily accessible by air with many connecting flights out of Dubai or Abu Dhabi in the neighbouring UAE – it’s only a one hour flight. Hotels range from the 3-star Ibis Hotel, the 4-star Crowne Plaza to the 5-star Shangri-La Resort & Spa; all are suitable to families, couples and solo travellers.

For more information on Oman, or for your chance to have some fun in the sun, speak to your travel agent. To see the best current packages available, visit: www.sidetripofalifetime.com.au 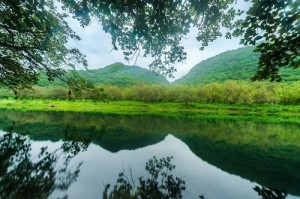 Official Names: The Sultanate of Oman

Language: Arabic is the official language, but English is widely spoken.

Religion: Islam is the official religion; however other religions are also respected.

Climate: Summer is between May to September 25-39oC, milder weather is experienced in the mountains and in the Dhofar region in the south of Oman all year round as it enjoys a regular monsoon between June to October. Winter is between October to April 15-25oC.

Quirky Restaurants around the World