Endangered animals in Africa and where to spot them

After watching famous Disney flicks like The Lion King you can be forgiven for thinking that some of Africa’s most famous animals all live happily ever after.

However, the reality is a little bit different. Africa’s stunning wildlife is  synonymous with the continent and thousands of visitors travel to Africa especially to see these animals close up in their natural environment but poachers and deforestation have pushed some species into decline.

If you’re heading out on an Africa safari you might want to know the best places to grab a glimpse of these endangered species- maybe before it’s too late.

Here’s our guide to spotting some of those animals at risk: 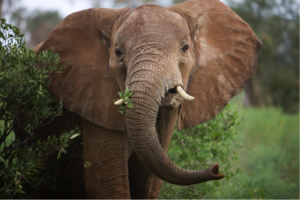 The largest animal on the endangered list should be easy to spot, however, the numbers are becoming less and less.

Elephants and the outdoor travelexperience go hand in hand but the animal has become targeted due to increasing value of ivory. Habitat loss and encroachment are also factors contributing to their demise.

Often thought as the closest species to humans but as we grow, gorillas are in decline due to war in central Africa, encroachment and habitat loss.

You will have to do some trekking in the jungle if wanting to locate a gorilla to marvel about as they enjoy their natural habitat within the dense forests due to the vegetation in abundance.

The pride of the pack has seen the largest decline in their species over the last 21 years, causing concern among wildlife experts. This is largely due to habitat destruction, encroachment and prey depletion.

The lions roar is not out just yet though as conservation is paying off, particularly in Tanzania, and there are now a plethora of safari holiday experts like tanzaniaodyssey.com that offer exclusive lion-focused safari holidays to the Serengeti.

Lions can also be found at Caprivi (Namibia) and at Pilanesberg National Park (South Africa).

It seems the south of Africa have got the interest of the rhino at heart, as northern species of the black and white rhinos are near extinction while southern population flourishes.

The lack of conservation in central Africa has allowed poachers to take control and drive demand in the ivory market but head to Kruger Park (South Africa), Okavango Delta (Botswana) and Lake Nakuru (Kenya) for the best chance to spot some up close.

It’s the fastest land animal on the planet so don’t blink otherwise you will miss it. The Savannah yellow animal is a magnificent creature but it’s becoming it’ endangered due to loss of habitat.

Once visible across the continent, their numbers are now only being limited to just six countries in southern Africa.

A Most Serene Collection