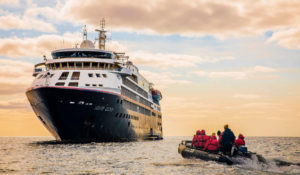 I’m not tall, but I still had to duck my head to squeeze into the sod cabin here at L’Anse aux Meadows, at the very tip of Canada’s eastern island of Newfoundland.

Inside it was dark and eery and a chap with a scary looking axe sat warming himself beside a open fire. It could have been 1000 AD and he could have been the famous Nordic seafarer, Leif Erikson, but his teeth were too good and the place didn’t stink of rotting seal meat.

We’ve all heard tales of the rampaging Vikings or seen the graphic TV series of the same name, but who knew these ambitious Scandinavians were the first Europeans to settle in North America? 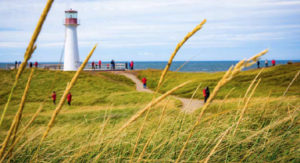 True story. The great sagas have long told of heroic feats of exploration and conquest, but these sometimes fanciful tales have lacked hard evidence. But in 1960, two Norwegians conducted a thorough survey of the area, finding archaeological evidence and locating the settlement now known as L’Anse aux Meadows. The site was later inscribed by UNESCO on the World Heritage list.

Despite many years of excavation, there’s not a lot to see of the original settlement. The digs have been re-interred by Canada’s Parks Authority and replica structures built adjacent the site. Here we meet our enthusiastic reenactors ‘living’ in the earth-covered timber-framed buildings carrying on life much as how these first settlers would have done 1,000 years ago. 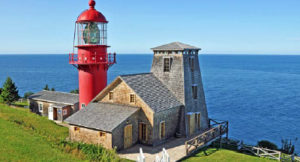 So, what happened to the Vikings and why isn’t Canada ‘New Norway’ or something today? Well, they packed up and left and no one knows exactly why.

I’m travelling here aboard the recently converted Silversea vessel Silver Cloud and we’re close to 100% capacity. Just 250 guests ensure that when we do go ashore, we don’t overwhelm our destination. We’re split into small manageable groups, so there are no queues for the museums or bathrooms and everyone gets small group attention when guided through the sites.

You’ll recall Silver Cloud was converted to a Polar Class vessel after an intensive three month, $40million rebuild in 2017, so I’m curious just how this process was conducted. Regardless, the result is nothing short of staggering. The 156m vessel was originally built in 1994 as Silverseas’ first ever cruise ship, so to have her ‘reborn’ in this fashion and ready for a whole new life of adventure is quite something.

At this time of year, we’re not subject to any of the weather famous for these parts. It gets wild out here in the Maritime Provinces and the stories of shipwrecks and strandings abound. Hence, there are lighthouses – old and new – nearly everywhere you look. 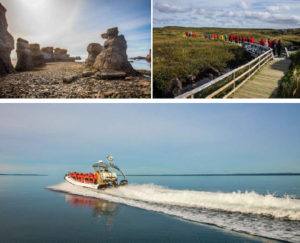 The waterways around Newfoundland, Labrador, Nova Scotia and eastern Quebec are dotted with them, some more than 200 years old. There are about 150 of them in Nova Scotia alone. Yet even with all these lighthouses, ships still came to grief in their hundreds.

Of course, these days with solar and wind power coupled with modern electronics, the life of a lonely lighthouse keeper is a thing of the past. Most of the old structures are preserved for heritage value with new, stark metal automated pylons standing nearby.

We visit Havre Saint Pierre with its Mingan Archipelago National Park, home to hundreds of weird, mushroom and phallus-like limestone monoliths formed some 500 million years ago when the ocean was much warmer. With an escort of a tiny Minke Whale, our little local ferry arrives at the pier of Petite ile au Marteau where Guy, our Parks Canada guide, awaits.

“Hello, bonjour,” he says in the quaint bilingual greeting that is part of life all over Canada, but particularly so in this region where Arcadian French communities still speak their own form of the language. 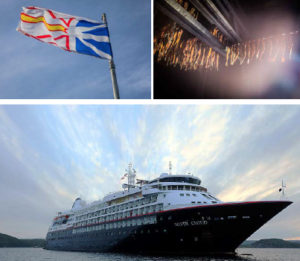 “Keep your eyes open and you may witness sea parrots or sea swallows,” he advises, using the local terms for puffins and terns. The French spoken all through these parts has its own dialects too, peculiar to local regions and even villages. So strange is it, that even the native Quebecois have to beg a pardon. Parisians would die with a leg in the air.

After a stroll of a few hundred metres, we arrive at the lighthouse with its keeper’s cottage and outbuildings. Guy points out the interesting plants like Labrador Tea, a curious, star-leafed plant of the rhododendron family favoured as a herbal tea by the early settlers and Inuit. But beware, you must steep the tea in hot water only to get the mild, calming benefits. Boil the water and you get both hallucinogens and a laxative. We joke that if you made that mistake, you would see purple monsters and crap yourself!

As we continue around the Gulf of St. Lawrence aboard Silver Cloud, many more lighthouses are counted including several on the Iles de la Madeleine and the Quebec coast to the west.

Journey to the Centre of the Earth:

It’s not every day you get to see the centre of the Earth, but that’s what’s going on at UNESCO listed Gros Morne National Park near the delightful hamlet of Woody Point, Newfoundland. Huh? Well, stick with me on this.

Just outside the town is the Parks Canada Discovery Centre devoted to the neighbouring 1,800 sqkm Gros Morne National Park which, by the way, was inscribed on UNESCO’s World Heritage list in 1987.

Apparently, according to UNESCO, this came about because of a large, relocated portion of oceanic crust and ocean floor sediments. Here in the park, we go on a leisurely hike with our guide who fills us with knowledge of this most unusual landscape. 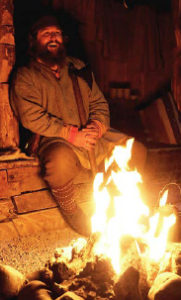 In the days when the theory of plate tectonics was still hotly debated, Newfoundland-born geologist, Harold Williams among others, advanced the theory of colliding super-continents much to the dismay of the established theorists, but the landscape of the Tablelands within Gros Morne held all the evidence he needed.

Here we see a distinct change in the landscape with barren, toxic Martian-like rocks on one side and lush green hills on the other. The minerals disgorged in the violent ‘obduction’ of the continental plates contain both the ancient ocean floor and minerals rocks like peridotite and chromite which can only come from the Earth’s semi-liquid mantle. Got it? Enough geology then.

This whole easternmost region of Canada is little explored by Australian cruisers, yet it holds a great many things to explore and discover, and aboard Silversea’s excellent ‘new’ Silver Cloud, and with the delightful Canadians as our hosts, it is pure pleasure to visit.