Moscow Has it All!

Moscow. This city in Russia has delights and surprises nestled among the great buildings, architecture, and roadways that join the beauty together. It is traditional and cosmopolitan in equal measure. Reputation aside these monuments are mind boggling and stunning to see and experience. Below we can only scrape the surface of what there is to offer.

If you were to visit Moscow and not ride the metro at least once you’d be doing it all wrong. This is a masterpiece that also serves as an important commuter system for Muscovites. 44 of the stations are listed as cultural heritage sights and are stunning. It makes one wonder how many Muscovites are late for work due to staring at the stunning designs, platforms and ticket halls. This is the largest and busiest metro network in the world and was only constructed as late as 1932 when the Soviet era began. A ride to nowhere on this underground train way is recommended.

At its heart is the Kremlin. The kremlin is home to the president and holds treasures beyond your imagination. The kremlin is walled by the Red Square. It has views of the Moskva River, the Alexander Garden, St Basil’s Cathedral and the Red Square. All of the main and famous attractions are easily reachable from any part of the city on the busy and famous roads. Getting there from the world is easy from the airplane with moscow airport transfer to the center. 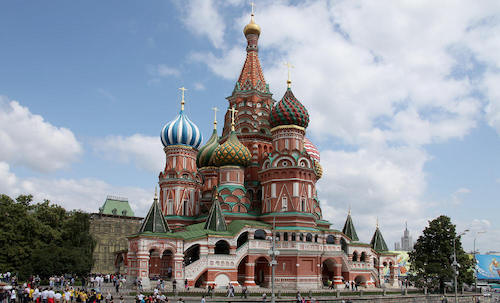 This square is of symbolic importance to Russia  Lenin Mausoleum is here, the State Historical Museum is also here. It houses Russia’s most important art collection. St. Basil’s Cathedral, known for its colourful, onion-shaped domes is another masterpiece adored by locals and tourists alike.

This is a place of wonder where you can behold the secretive lives and tools of the spy agency. Be warned the learning here will take you down into a dark history of rebellion and Stalin’s abhorrent and murderous regime. It is so awe-inspiring that even American state officials have visited to see it. Displays also delve into the patriotic war when Russia needed to defend itself against enemies. Documents from the time of Peter the Great and Empress Catherine II are there for you to learn about.

This is a building to wow even the hardest of indifferent visitors. Its fame goes well beyond just nice wallpaper, Napoleon survived the great fire of 1812 by hiding here. The building itself has gone through major construction but retains its facade and room layout.

One of the more modern buildings to delight over is the National Centre for Contemporary Arts. Constructed early 90’s in a disused light bulb factory it houses the country’s modern artists and showcases the works of many a modern legend. The buildings wow factor is paramount to your visit and the delicious artwork within adds to the amazement you are guaranteed here.

Whatever your intrigue on Moscow is, you have to visit it to believe it.

Venice – What’s not to love!