Top 5 Places To Visit In Prague

Prague, the City of a Thousands Spires emerged from the grim shadows of one-party rule almost 25 years ago, and is now one of the hippest travel destinations in Europe. It is now a cosmopolitan city with Goth cathedrals and tasteful cafés that welcome culture buffs and pleasure seeking tourists alike. With hundreds of tourist attractions, Prague manages to cater to a wide variety of interests and tastes. If you want to make the most of your stay in Prague, then you should not miss your chance to visit the following top 5 places. 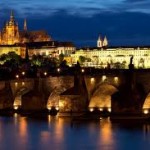 The Charles Bridge is the most stunning bridge in Prague, which gets its name from King Charles IV who commissioned it in 1357. The bridge has a total of 16 arches with 30 Baroque statues lining it. For absolutely temporal purposes, cobblestone has been used for the entire 1,700 feet of the bridge. Every afternoon, the bridge gets rather crowded with hot-dog venders and painters, as well as tourists who arrive there to view the Vltava River. You can beat the crowds if you visit at dawn, and view a magnificent sunrise. 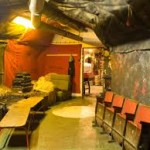 In a city where monastery was turned into a five-star hotel accommodation, a nightclub like Bunkr Parukarka is not unconventional. It is housed in an underground nuclear bunker that was in use in the 1950s until the Cold War came to an end. Today, it is a quirky nightclub where revelers are welcome through a door covered with graffiti, jutting out from a hillside. Inside, experimental and new electro-pop and industrial tracks can be heard pulsating through the venue, spun by some of the finest DJs of the city. 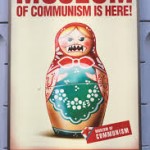 Under communist rule, over 200,000 Czechs were arrested by authorities and another 327 Czechs were shot dead as they attempted to run away across the border. That agony of the victims of communism is captured by this simple yet stirring Memorial that has six sculptures that depict the progressive decay of a man. The literal depictions of the terrorism sponsored by the state are equally moving, told at the Museum of Communism through photographs, propaganda and videos. Finally, there are galleries on the “velvet revolution” that the peaceful note on which the horror ended. 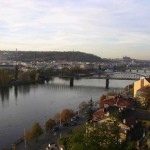 The 1,000 feet Petrin Hill is among the greenest spaces in Prague and if you arrive at Ujezd, you can catch the funicular railway from there to the top of the hill. The Church of St. Michael, which is a quirky 17th century wood building that was moved here from a Ukrainian village for national enlightenment, is among the eclectic sights in the area. Landscaped gardens, a miniature-sized Eiffel Tower, and a mirror maze are also included among the sights there. 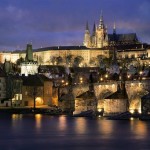 Prague Castle is roughly the size of seven football fields, which makes it the world’s largest ancient castle. During the 13 centuries after being built, the caste has been renovated several times. Alleyways, churches, gardens and royal residences are included in the complex, and appreciating them all would take a couple of days. However, the St. Vitus Cathedral is definitely not worth missing. The tomb of St. John of Nepomuk can be found in the cathedral.

In terms of attractions, Prague certainly has a lot more to offer, but your stay will prove to be worthwhile if you add the above to your list of places to visit in Prague.