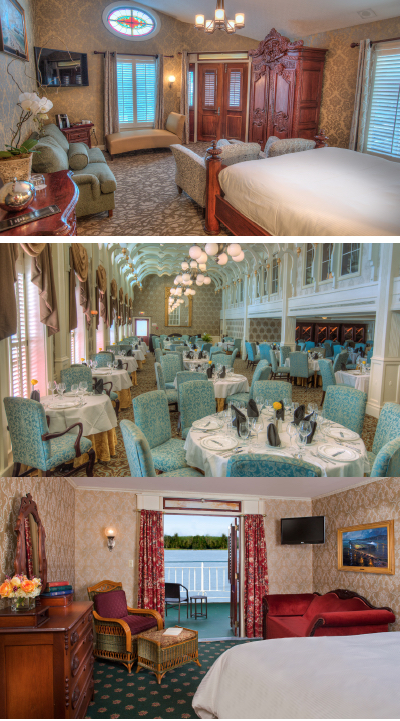 The mighty Mississippi, the Tennessee and Ohio Rivers journey through living history, and each have their own sense of place and windows to the past.

Revitalised river towns, historic mansions and Civil War battlefields transport travellers back in time, and vibrant cities showcase the modern face of this large, unique and diverse region of the United States.

Experiencing the southern states of the US, and unique American rivers is easy and fascinating, with authentic river cruises operated by American Queen Steamboat Company.

In the late 1800’s and the days of Mark Twain, steamboats were a regular feature, serving the transportation needs of an expanding country, They were viewed as a gracious, romantic way to travel.

In the mid-1990s a team envisioned a plan to build a grand glistening white steamboat ,every bit as authentic as the ones of the glory days, but with all the modern amenities afforded by newer technologies. They dreamed of a true steamboat – a gracious queen of the river … all frilly with ornamentation and with an authentic Victorian personality.

The dream became a reality in 1995 when over 500 American workers built the American Queen – the largest, most opulent steamboat reliving the full grandeur of Mark Twain’s Mississippi River.

Since this successful relaunch, American Queen Steamboat Company has added three other vessels – The American Empress, The American Duchess, and The American Countess will begin her inaugural season in the 2020.

In July 2019, American Queen Steamboat Company was named the Best River Cruise Line in the US and Canada by Cruise Critic – based on consumer ratings.

Passengers relax on the vessels’ wide decks as they serenely glide past the ever-changing vista of the American riverside. The environment is convivial, and making friends is effortless with the multitude of activities that fill each day. 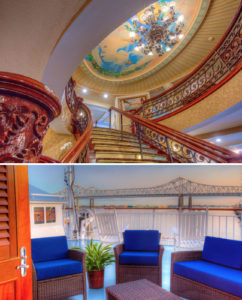 Still today on the Mississippi, you can catch a glimpse of what Mark Twain once saw as you tour historic locations and iconic plantation homes. Twain noted that there were so many plantations and dwellings along the Mississippi river that it looked like a spacious street. Towering homes lay nestled in large patches of moss-draped oak trees, and some are open for viewing.

On the Mississippi, cruises range from six to 23 days, and you can visit more than seven states and traverse many locks and dams.

The lower region of the Mississippi showcases the elegant antebellum plantations and Civil War memorials, while the upper region reveals the inspiration behind Mark Twain’s famed literary classics while acquainting you with storybook American towns, bustling cities and indigenous wildlife.

Peaceful fields of gold, majestic panoramas, and high bluffs fill the camera lense of those who enjoy scenery.

Whether you are a history buff, a culture hound or a nature or music lover, this river, which has played such a major role in shaping the country and lives of its people, will provide a unique perspective of all of those interests – and all from the luxury and comfort of the American Queen.

Or see your travel agent