Get Under the Skin of KwaZulu Natal

KwaZulu Natal may be South Africa’s third smallest province but this doesn’t stop it packing a punch as far as experiences are concerned with two World Heritage sites, fabulous beaches, the Big Five, historic battlefields and a colourful Zulu culture.

Tailor-made safari specialist Real Africa based in Norfolk has just released its KwaZulu Natal in Luxury itinerary, bringing together the very best of KwaZulu Natal to showcase what can be done in a two week holiday.

Here are five reasons why KwaZulu Natal should be on your wish list: 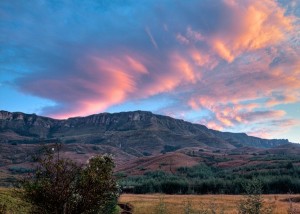 This historic Zulu kingdom is steeped in history and culture, from ancient San Bushmen rock art sites in the UNESCO World Heritage uKhahlamba-Drakensberg mountain range, South Africa’s highest mountain range, to a living museum in Hluhluwe where traditional Zulu dancing and craftwork are demonstrated. The remnants of the British colonial era blend with Zulu, Indian and Afrikaans traditions to give this province a rich cultural diversity.

Beautiful beaches stretch every which way from the gateway city of Durban and being on the Indian Ocean coast, the added benefit is that the water is actually warm while shark nets and lifeguards ensure that time in the water surfing and swimming is spent safely. Alluring cafes and sophisticated restaurants line the stylish Umhlanga Rocks area near Durban, perfect for downtime after a long international flight. 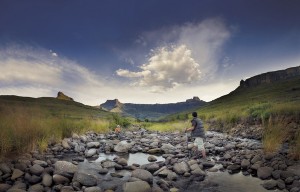 Abundant wildlife can be experienced along the Elephant Coast to the north of Durban. Within iSimangaliso Wetland Park, a 328,000 hectare UNESCO World Heritage Site benefitting from beautiful beach and reef habitats of the Indian Ocean on one side and steamy tropical lake, forest and wetland habitats on the other, visitors can canoe, trek, fish and wander along stunning beaches in search of leatherback turtles, dolphins and whales. Inland at Phinda Mkuze, a private game reserve, you can stay in luxurious safari camps and see all the Big Five as well as a host of other wildlife including wild dogs. This area is known for its thriving black and white rhino population, following concerted conservation efforts.

Take the Midlands Meander, a food and wine trail where farm stalls like Piggly Wiggly, cafes and restaurants beckon. Viticulture is in its first decade of development but there are already notable labels including Abingdon and Lion’s River to sample along the way. Finish the Meander with a stay at Cleopatra Mountain Farmhouse, a gourmet retreat set in a remote valley on a lake where seven course dinners, mountain walks and roaring log fires are the order of the day. 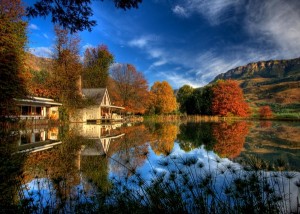 No trip to KwaZulu Natal would be complete without a stay in the Battlefields. An area made famous by the Anglo-Boer Wars. The quiet hills now ring with the voices of expert guides who tell visitors of South Africa’s bloodiest chapter in history, of the struggle at Isandlwana where the British were defeated by the Zulu in 1879 and then just days later how the British defended Rorke’s Drift so gallantly.