Dunedin’s historic home, Olveston is celebrating being named New Zealand’s Number One Travel Attraction by sticking to its winning formula.

After being named the leading tourist destination in the Travellers’ Choice TM awards by the world’s largest travel website TripAdvisor®,Olveston General Manager Jeremy Smith says he and the team will continue to ensure the house is a time capsule showcasing how the wealthy lived in the glamorous era of the 1920s and 1930s.

Based on the millions of reviews and opinions from TripAdvisor travellers over 12 months, the 2014 Travellers’ Choice awards in June 2014 honoured the world’s top spots, naming Olveston as New Zealand’s most loved attraction. 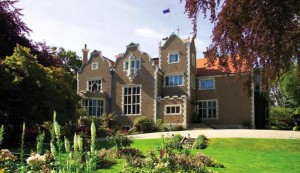 Little has been changed in the house since the Theomin family moved into the grand 35 room home after its completion in 1906. The furniture is the same, the kitchen is as it was including its ‘state of the art’ refrigerator, the bathrooms with their warmed towel rails are untouched and the artwork and furnishings collected from the family’s international travels through Morocco, Japan, China, Spain, Italy and England still fill the house as they did when the family moved in. What’s more, the family’s open-top 1921 Fiat 510 Tourer sits in the garage ready for action – as it was when the family had a chauffeur.

In addition to being New Zealand’s favourite attraction, Olveston is possibly the country’s best value – with a Family Tour only costing $10 per head for a minimum of five and a maximum of up to 12 people. Alternative- ly, adults joining one of the six daily one-hour tours pay $18.50 while its only $9.50 for children. While the one- hour tours are hosted in English, Cantonese, Dutch, French, German, Japanese and Mandarin speaking guides are available when organised in advance.

Olveston offers a range of specialty tours including; the Housekeepers Tour, the House Music Tour including a Piano Recital, Art Collectors Tour and an exclusive Evening Tour.

Open every day, except Christmas Day

Most Efficient Airports for 2014