Montreal’s new window on the Stars

Montreal is already a city of stars, but it will be possible to see those high above in a new light with the opening of a brand new planetarium  which opened on April 6th. Situated in  the middle of Canada’s largest natural science museum complex, Space for Life, the Rio Tinto Alcan Planetarium joins the Biodôme, Insectarium and Botanical Garden just east of downtown.

Two years in the making, the chic, contemporary  design of the $48million eco friendly  building – its two silver cones pointing skyward like telescopes – mirrors the high tech interior with its original approach to astronomy, blending science with art. Two leading edge venues include the Chaos Theatre where a journey into space is sound tracked by a Philip Glass symphony: the Milky Way Theatre production changes seasonally and is presented by an astronomer.

An interactive exhibition called EXO zeroes in on the search for life in the Universe through interactive terminals, videos and multimedia games. One section of the permanent exhibition focuses on meteorites with a real geology lab containing a vast collection of extra terrestrial rocks including the oldest piece of the solar system. There will also be changing multimedia shows that will offer experience like space flight simulators.

All of this is  part of a people friendly space that even has an innovative rooftop garden open to visitors making it fun and easy to get state of the art insights into worlds beyond our own. 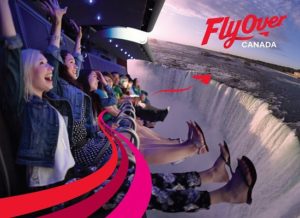 ly Over Canada in Vancouver

FlyOver Canada is a new major visitor attraction expected to open at Canada Place, Vancouver in May 2013. Guests will soar from coast to coast on a breath taking aerial journey viewing the grandeur of Canada through the latest virtual flight  ride technology. Groups  of up to 60  guests at a time will strap into their seats and will move above a large custom spherical screen  for spectacular views of the country. They will move in concert to a film with the most stunning vistas of Canada all shown from the air. The immersive effect will be complete with the addition of wind, scents, mist and sound. 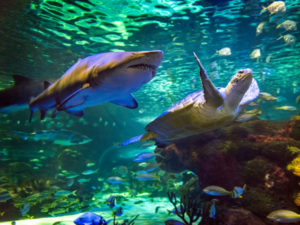 Ripleys’ Aquarium of Canada to open this summer

Located in the heart of downtown Toronto, next door to the iconic CN Tower, the Ripley’s Aquarium of Canada -a $130 million facility now under construction – is a major family attraction set to open in summer 2013. The highly anticipated aquarium is expected to draw nearly 2 million visitors each year and will feature more than 13,500 exotic sea and freshwater creatures, a unique 96 metre long (315 foot) moving walkway through an acrylic tunnel deep below the 2.84 million litre Shark Lagoon, a tropical reef tank and a Marine and Freshwater Education Centre with dedicated classroom space